Round and round and round they go! 12 ultra bright smart LED NeoPixels are arranged in a circle with 1.5" (37mm) outer diameter. The rings are "chainable" - connect the output pin of one to the input pin of another. Use only one microcontroller pin to control as many as you can chain together! Each LED is addressable as the driver chip is inside the LED. Each one has 18mA constant current drive so the color will be very consistent even if the voltage varies, and no external choke resistors are required making the design slim. Power the whole thing with 5VDC and you're ready to rock.

There is a single data line with a very timing-specific protocol. Since the protocol is very sensitive to timing, it requires a real-time microcontroller such as an AVR, Arduino, PIC, mbed, etc. It cannot be used with a Linux-based microcomputer or interpreted microcontroller such as the Netduino or Basic Stamp. Our wonderfully-written Neopixel library for Arduino supports these pixels! As it requires hand-tuned assembly it is only for AVR cores but others may have ported this chip driver code so please Google around. An 8MHz or faster processor is required.

Comes as a single ring with 12 individually addressable RGB LEDs assembled and tested. Control circuit and RGB chip are integrated in a package of 5050 components, form a complete control of pixel point.

Each pixel of the three primary color can achieve 256 brightness display, completed 16777216 color full color display, and scan frequency not less than 400Hz/s.

Any two point the distance more than 5m transmission signal without any increase circuit.

Send data at speeds of 800Kbps.

The color of the light were highly consistent, cost-effective. Control circuit and RGB chip are integrated in a package of 5050 components, form a complete control of pixel point.

Built-in signal reshaping circuit, after wave reshaping to the next driver, ensure wave-form distortion not accumulate.

Each pixel of the three primary clor can achieve 256 brightness display, completed 16777216 color full color display, and scan frequency not less than 400Hz/s.

Send data at speeds of 800Kbps

The color of the light were highly consistent, cost-effective. Your electronics can now see in dazzling color with this lovely color light sensor. We found the best color sensor on the market, the TCS34725, which has RGB and Clear light sensing elements. An IR blocking filter, integrated on-chip and localized to the color sensing photodiodes, minimizes the IR spectral component of the incoming light and allows color measurements to be made accurately. The filter means you'll get much truer color than most sensors, since humans don't see IR. The sensor also has an incredible 3,800,000:1 dynamic range with adjustable integration time and gain so it is suited for use behind darkened glass.

We add supporting circuitry as well, such as a 3.3V regulator so you can power the breakout with 3-5VDC safely and level shifting for the I2C pins so they can be used with 3.3V or 5V logic. Finally, we specified a nice neutral 4150°K temperature LED with a MOSFET driver onboard to illuminate what you're trying to sense. The LED can be easily turned on or off by any logic level output.
GeneralModelN/AQuantity1 pieceForm ColorPurpleMaterialFR4, PCBSpecificationApplicationColor recognitionWorking Voltage 3.3V or 5VEnglish Manual / SpecNoDownload Link https://github.com/adafruit/Adafruit_TCS34725Packing List1 x Modular
1 x Pin
Package Weight:0.002kg (0.004 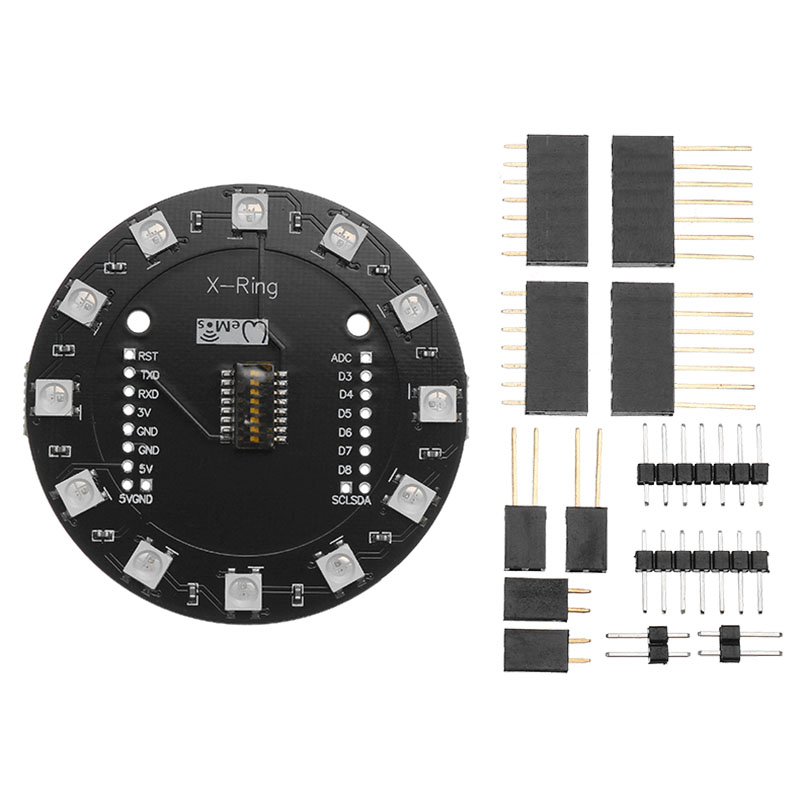 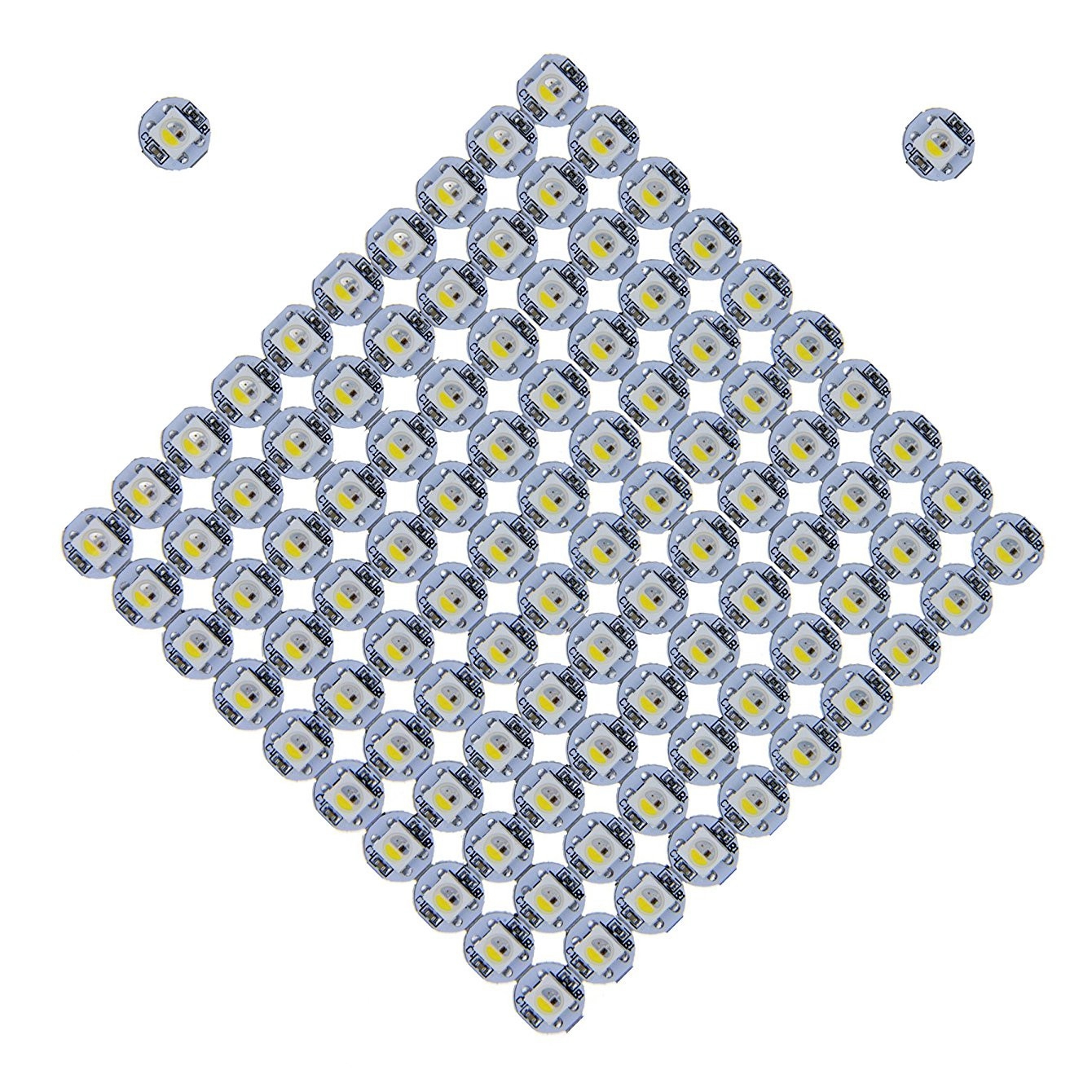 Specification: Voltage:DC5V Wattage:0.4W / per led LED type:SK6812 LED quantities:100leds Lumen:18-20lm / per led Light color:RGB+white,RGB+warm white Feature: This SK6812 RGBW/RGBWW LED is the upgraded version of WS2812B RGB LED, it has 4 color channels embedded in one LED( red, green, blue, warm white 3000K or red, green, blue, warm white 6000K) SK6812 RGBW LED Chip is Individually Addressable LED, work great for Dream Color/Magic Color LED Projects, support Adafruit NeoPixel Library or similar codes from internet Each LED pixels has built-in heat-sink; multiple soldering pads on the back of the heatsinks can be used to chained the LEDs together with wires/ connectors Compatible with WS2812B LED Controller like SP105E, T-1000S, K1000-C or Arduino UNO or Raspberry Pi Note: To use this LED pixels, require soldering skill and extra wires/connectors(not included) The soldering pad can be found on the back of the heat-sink PCB board, total 6 soldering point Check the marking before soldering and power-on Required additional Controller and 5v power adapter to work, both of them are not included in the package Package included: 100PCS SK6812 RGBCW LED Pixels (with heat-sink pcb board)