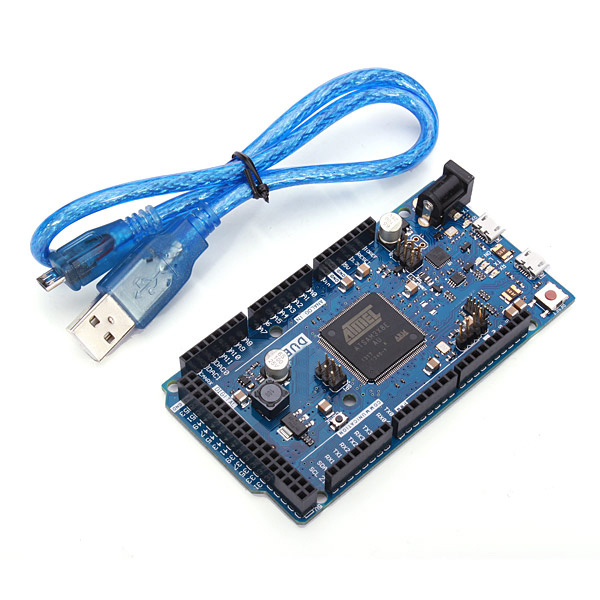 Description: The Arduino Due is a microcontroller board based on the Atmel SAM3X8E ARM Cortex-M3 CPU (datasheet). It is the first Arduino board based on a 32-bit ARM core microcontroller. It has 54 digital input / output pins (of which 12 can be used as PWM outputs) 12 analog inputs, 4 UARTs (hardware serial ports) a 84 MHz clock, an USB OTG capable connection, 2 DAC (digital to analog) 2 TWI, a power jack, an SPI header, a JTAG header, a reset button and an erase button. The board contains everything needed to support the microcontroller; simply connect it to a computer with a micro-USB cable or power it with a AC-to-DC adapter or battery to get started. The Due is compatible with all Arduino shields that work at 3.3V and are compliant with the 1.0 Arduino pinout. The SAM3X has 512KB (2 blocks of 256KB) of flash memory for storing code. The bootloader is preburned in factory from Atmel and is stored in a dedicated ROM memory. The available SRAM is 96KB in two contiguous bank of 64KB and 32KB. All the available memory (Flash, RAM and ROM) can be accessed directly as a flat addressing space. It is possible to erase the Flash memory of the SAM3X with the onboard erase button. This will remove the currently loaded sketch from the MCU. To erase, press and hold the Erase button for a few seconds while the board is powered. Feature: The Arduino Due has a 32-bit ARM core that can outperform typical 8-bit microcontroller boards. The most significant differences are: A 32-bit core, that allows operations on 4 bytes wide data within a single CPU clock. CPU clock at 84Mhz 96KBytes of SRAM 512KBytes of flash memory for code A DMA controller, that can relieve the CPU from doing memory intensive tasks Warning: Unlike other Arduino boards, the Arduino Due board runs at 3.3V. The maximum voltage that the I / O pins can tolerate is 3.3V. Providing higher voltages, like 5V to an I / O pin could damage the board. Specification: Microcontroller: AT91SAM3X8E Operating voltage: 3.3V Input voltage(recommended): 7V - 12V Input voltage(l 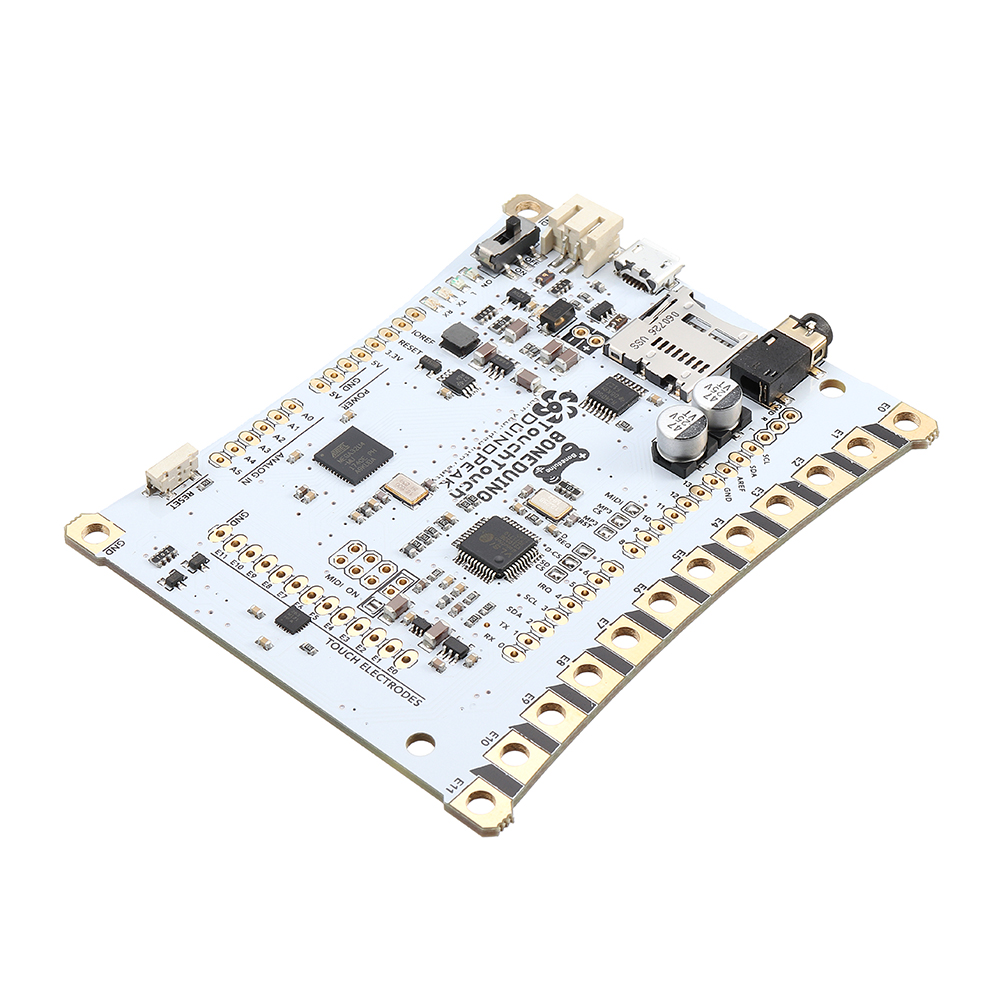 Product introduction: 1. This touchpad is a tool that makes your project interactive, responsive, smart, or fun. By converting the surface of the material into a sensor, you can use this touchpad to change the world around you. You can make a witch lamp on your wall, make a paper piano or create something that no one thought of. 2. Connect any conductive thing to one of the 12 electrodes of the touch version to control the sound of the MP3 module on the touchpad, design a MIDI note, or do anything you might do with Arduino or Arduino compatible devices. 3. The touchpad uses Atmel's ATMega32U4 chip, making the motherboard easy to use, flexible and easy to access. Built-in USB hardware allows the touchpad to perform many different functions. Features: Touch and distance sensor No programming required Arduino compatible Can be used with electronic paint MP3 player / MIDI device Micro SD card slot Standard 3.5mm headphone jack Lithium battery charging Support HID Product advantages: Includes touch and distance sensors No programming required, Arduino compatible Can complete interesting touch projects Product specifications: Atmel ATMega32U4 chip Freescale MPR121 dedicated touchpad VLSI VS 1053B audio processor Arduino compatible Operating voltage: 5V, USB or 5V external battery Lithium battery charging can be increased to 5v operating current 16 MHz clock frequency Can be charged and programmed via USB 20 digital I/O pins 7 channel PWM 12 analog input channels 12 touch electrodes (8 can be configured as digital inputs or PWM outputs) 84mm x 62mm pins up to 10mm Switchable to battery powered Package includes: 1 x Touch Conductive Ink Module The Nano is an ultra-small simple I/O platform based on open source code,it has a big advantage in size compared to the old USB version. Funduino could srice works which need to operate independently and interactive effective of electronic appliances, also can srice those connected with the PC,in collaboration with Flash,Processing,the Max/Msp,the PD,vvvv and other software. 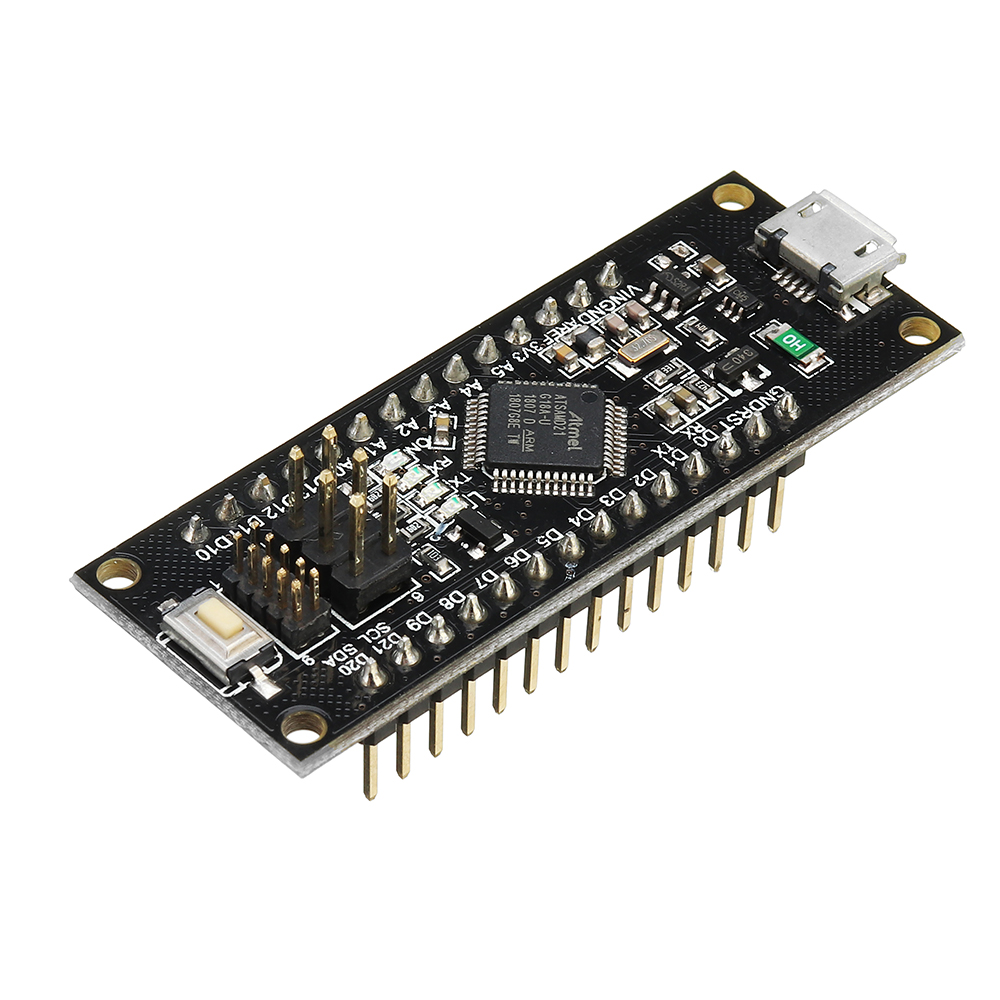 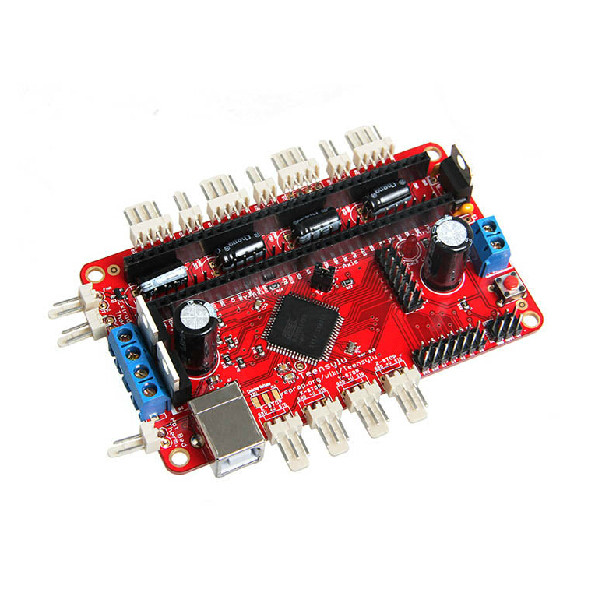 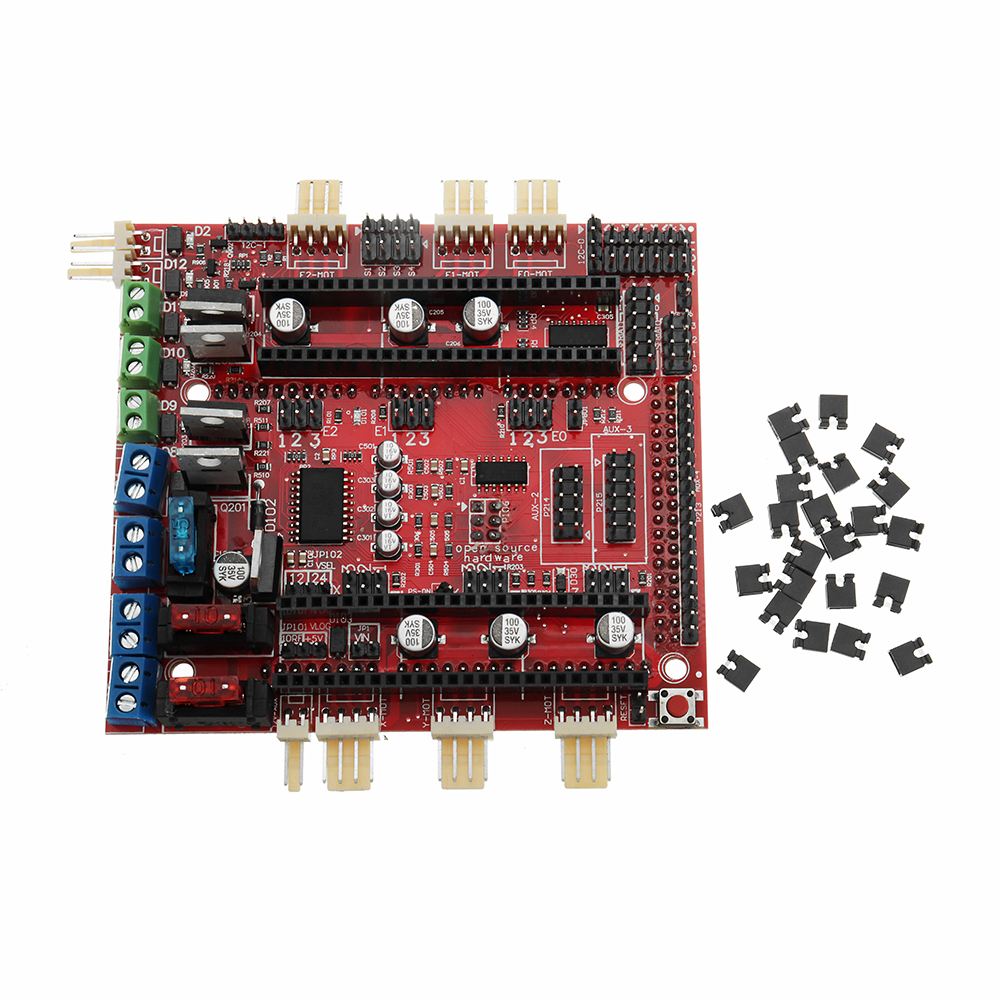 Feature: When you use Arduino Due as the controller of your 3D Printer, you may find the RAMPS1.4 is not compatible with DUE. As you know the Arduino Due is a microcontroller board based on the Atmel-SAM3X8E ARM Cortex-M3, the importance is the Atmel-SAM3X8E chip used on the Due operates at 3.3V, worse applying 5V to the Due's inputs will likely damage the chip. So we create a new RAMPS variant which is compatible with the Due to replace Ramps1.4. Why should I use Ramps-FD instead of Ramps1.4? Campare Ramps-FD with Ramps1.4, the improvements of Ramps-FD are below: * The RAMPS-FD has other hardware protection, through the jumper cap control motor drive IC * The RAMPS-FD Much more than Ramps1.4 2-way PWM * The RAMPS-FD has Larger driving power than Ramps1.4 * The RAMPS-FD power has two choices: 12V and 24V Why should I select Arduino DUE instead of Arduino Mega? * CPU operates at 3.3V * High-current IO pins are capable of 15 mA source, 9 mA sink * Low-current IO pins capable of 3 mA source, 6 mA sink * CPU package has an absolute max of 130mA * The Due has 1 dedicated SPI port, and 4 multipurpose USART/SPI ports. The SPI port is only routed to the 6 pin header used for ICSP on Mega, but this is not used for ICSP on Due * The Due does not have any EEPROM * Due has lower power, computing faster and flash, sram bigger than mega2560. You will need to buy a LCD adapter for RAMPS-FD. Package included: 1 x RAMPS-FD Shield for Arduino DUE

100% Brand new and high quality!Atmel's ATMega328 8-Bit Processor in 28 pin DIP package. It's like the ATmega168, with double the flash space. 32K of program space. 23 I/O lines, 6 of which are channels for the 10-bit ADC. Runs up to 20MHz with external crystal. Package can be programmed in circuit. 1.8V to 5V operating voltage!To get this chip working with IDE, you will need an external 16MHz crystal or resonator, a 5V supply, and a serial connection. 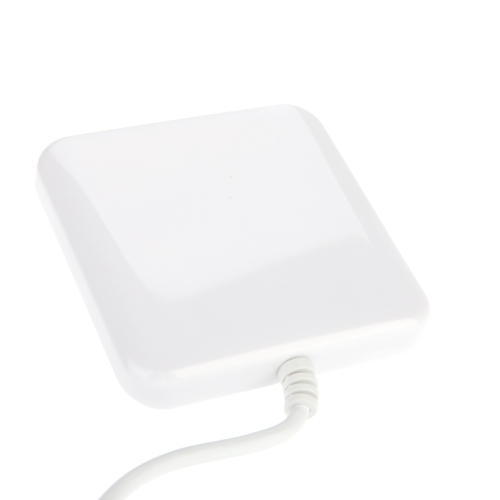 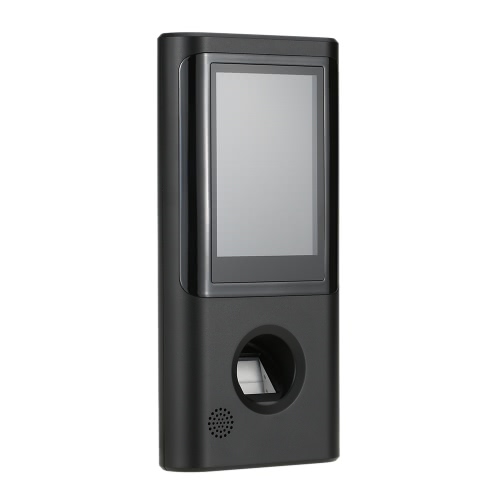